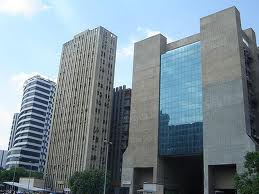 The National Capital Delhi is venerable to earthquakes is no secret to any body, the city comes under seismic level IV. With sky scrapers and residential units coming up in Delhi it’s an alarming scenario for every one who all is residing in the city.

There were mild tremors felt on 12 November night and the intensity was very low but Delhi being the epicenter concerns raised about the Government’s readiness to tackle an devastating quake in the National Capital.

The answer is unfortunately no. According to a survey, majority of buildings constructed in the city have poor technical supervision. It is very hard to image the damage which a high intensity quake can cause to the city. Many building have been constructed without following the safety code.

Though the State Government officials have been conducting awareness campaigns on building safety, a very little effort has gone into ensuring that high-rises structures are safe and quake resistance. The civic bodies nod numerous plans for construction, but no thought is spared for the stability of these high-rise structures. It is obligatory to get a certificate from structural engineer but now days it’s just a formality.

Civic agencies and NDMA have trained their officials in identifying dangerous structures and have divided them into three categories: collapsible, non-collapsible and those liable to economic loss.

In past two-three years many survey have been conducted, especially in East Delhi, to check the solidity of the buildings.

After the Lalita Park building collapse incident, the MCD had carried out a huge survey activities along with the National Institute of Disaster Management (NIDM) to identify dangerous structures in the city. The findings were very shocking.

The Government must take some radical steps to decline the damage caused by a quake according to experts. The Govt should set up a separate body to monitor the quality of the construction.

The government and civic bodies should get down to fixing the dodges in the sanctioning of building plans to make new structures earthquake-resistant.